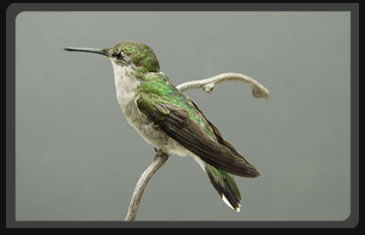 Fanta Taxidermy has been serving museums, nature centers, and schools for over thirty years. Charlie began gaining museum experience in the mid-1970s when he worked at the Michigan State University Natural History Museum. Here his tasks were varied, including taxidermy, mounting study skins, and refurbishing old mounts. A memorable project involved the remounting of old specimens for an endangered and threatened bird exhibit. 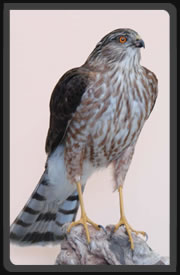 Since his time at the museum, Charlie has done work for dozens of institutions mounting individual animals and entire collections. One such collection is a complete birds of prey exhibit for the State of Michigan Wildlife Division comprising over twenty hawks and owls. Another project for the State involved the mounting of two full size wolves, currently on display in Michigan’s Upper Peninsula. 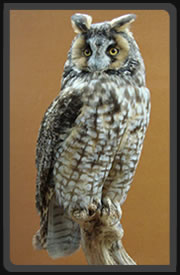 Years of exhibit work have resulted in a mastering of all types of birds, from tiny songbirds birds to large herons and cranes. Due to their dramatic nature, Charlie has had more requests by institutions to mount raptors than any other bird group. This has led to an impressive amount of experience in handling these specimens. When well done, these dynamic birds never fail to catch the public’s eye.

All institutions are required to have proper state and federal permits, copies of which must be on file at Fanta Taxidermy. It is illegal for any individual to possess a non-game bird.